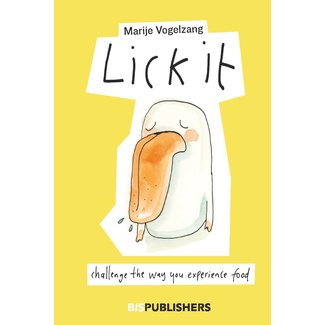 Having graduated at the Design Academy in Eindhoven in 2000, Marije set her mind on creating a new direction in the field of design. After having developed and recently sold two experimental restaurants called ‘PROEF’ in Rotterdam and Amsterdam, she broadened her experiments and developed her vision to design out of the verb of eating. Now she works solo again under her own name.
After 16 years of experience she is considered a pioneer and the ‘Grand dame’ in the field of eating design (De Volkskrant).
Vogelzang works on restaurant concepts as well as long-term medical projects for hospitals. She initiates social projects like workshops to educate and inspire but she also does some extensive work for food industries. She designs art installations and has recently curated some very well perceived exhibitions about eating and design. She recently became head of a new bachelor department about food at the Design Academy Eindhoven called FOOD NON FOOD. Her work has been published and acknowledged globally.

Marije gives inspirational lectures around the world about her work and vision. She has received accolades for her lectures in a.o. Cape Town, New York, Beirut, Bangkok, Dubai, London, Hong Kong, Tokyo, Norway, Rumania and Berlin.