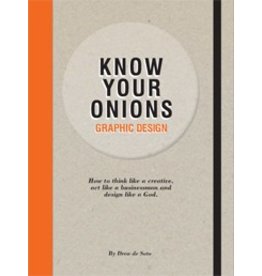 Know Your Onions - Graphic Design Drew de Soto
This isn't just another design manual. It's a carousing conversation with a bloke who knows his stuff. The book tackles the creative, the business and the beauty of graphic design. Read this book and gain 25 years of experience!
Add to cart
€17,99 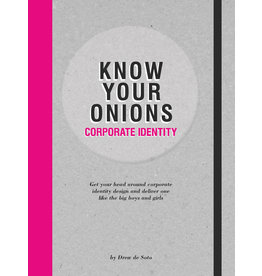 Know Your Onions - Corporate Identity Drew de Soto
This book is a broad introduction to identity design and shows you how to do it, whether you are new to the sector or honing your skills.
Add to cart
€17,99 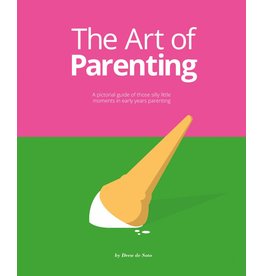 The Art of Parenting Drew de Soto
A must-have for soon-to-be or new parents!
Add to cart
€7,99
Drew de Soto is the founder (2000) and Creative Director of Navig8 and has gone on to work with some of the most influential UK organisations, these include the British Council, the UK Government, international charities and brands.

Drew has contributed to Policy Connect, the UK think tank that works with parliamentarians, business and the public sector to help improve government policy.

He runs an independent gallery (Nancy Victor) in central London, spent a fair few years on stage as a comedian, performing in clubs and theatres ranging from the Comedy Store in Leicester Square to shows in Hong Kong and beyond. Drew has written comedy sketches for Comic Relief and three radio plays.
He has a bald head, a ridiculous moustache and enjoys a scotch and a cigar - and not taking life too seriously.