We are good at designing beautiful products and we offer good services. We always know exactly what the user wants and we know dozens of methodologies. However, if we have to convince our customers and colleagues, we find it to be rather difficult.

For one reason or another, pitching ideas is one of the most undervalued practices in the creative field. From convincing a colleague to opt for a certain methodology to persuading a customer to go for a certain concept. You can have the best ideas in the world, but if you are not able to bring them across, they will never become reality. 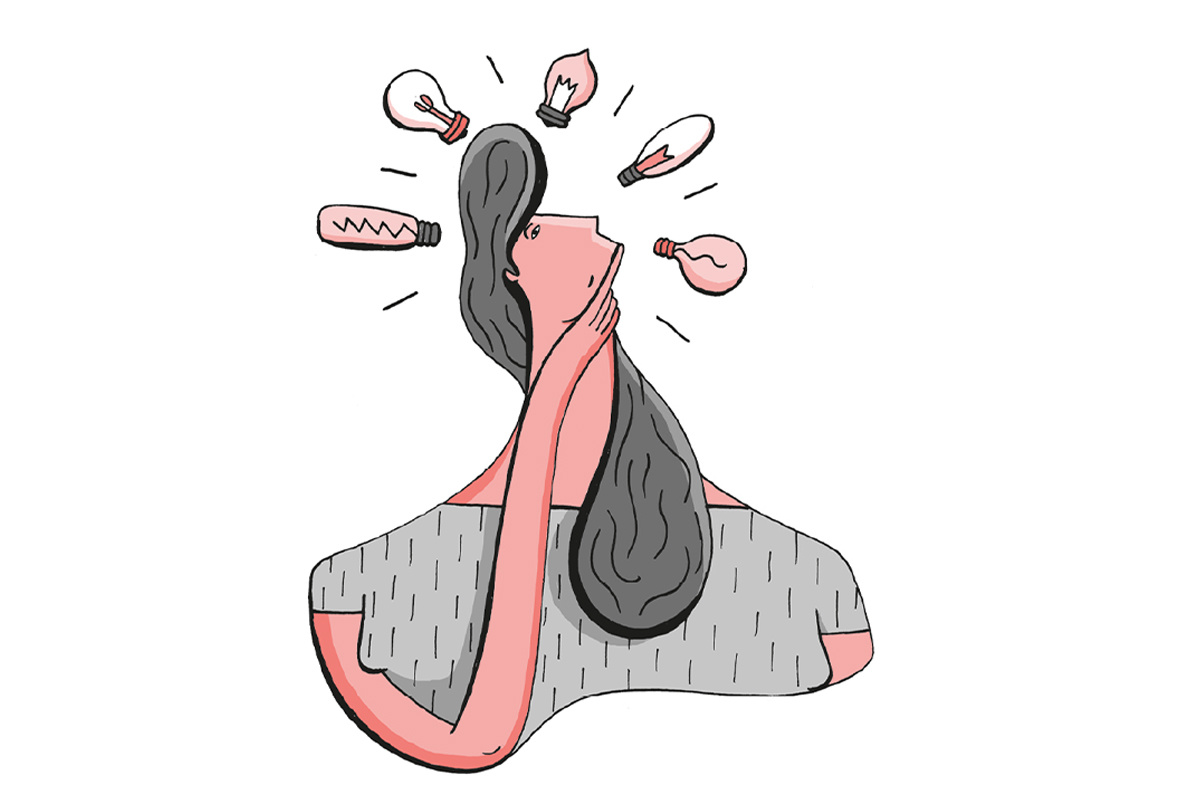 This is what the book Pitching Ideas is all about! Jeroen van Geel has written an article on the topic:

Pitching Ideas: The balance of a good idea

Contrary to popular belief, humans are intelligent beings (on the whole…). This intelligence means we have “the ability to acquire and apply knowledge and skills” — en.oxforddictionaries.com/definition/intelligence which means we can detect goals and generate ideas to reach them. Our minds are trained to come up with solutions to make our lives better. So ideas pop up in our heads all the time. We probably generate hundreds every day, including brilliant ones like “Today I thought we could paint the toilet blue” or “Let’s build a module that can turn any car into a self-driving car.”

Note: This is an excerpt from the book ‘Pitching Ideas: Make people fall in love with your ideas.’ More information: pitchingideas.com.

Fortunately, most of them never see the daylight, since we already have a rigorous filtering system in our heads that cuts out the really bad ones. But some still slip through, and depending on your character you’ll either keep them to yourself or share them with the people around you.

The thing is: if these ideas lack a clear goal, chances are they’ll die soon after conception. Fortunately we already have clear goal, so now all we have to do is concentrate on generating ideas that solve the defined problem or create the opportunity. Ready?

The core of an idea

Imagine you’ve now got a bunch of ideas generated around your goal. Some are big, some are small, some are simple, and some are complex. But in each case you need to keep in mind that when you pitch it to somebody else, it needs to immediately stick in their head. Within a few seconds of hearing it, they need to believe that you nailed it. They must feel the idea is already halfway there. To make this happen you need to find the right balance in your approach. 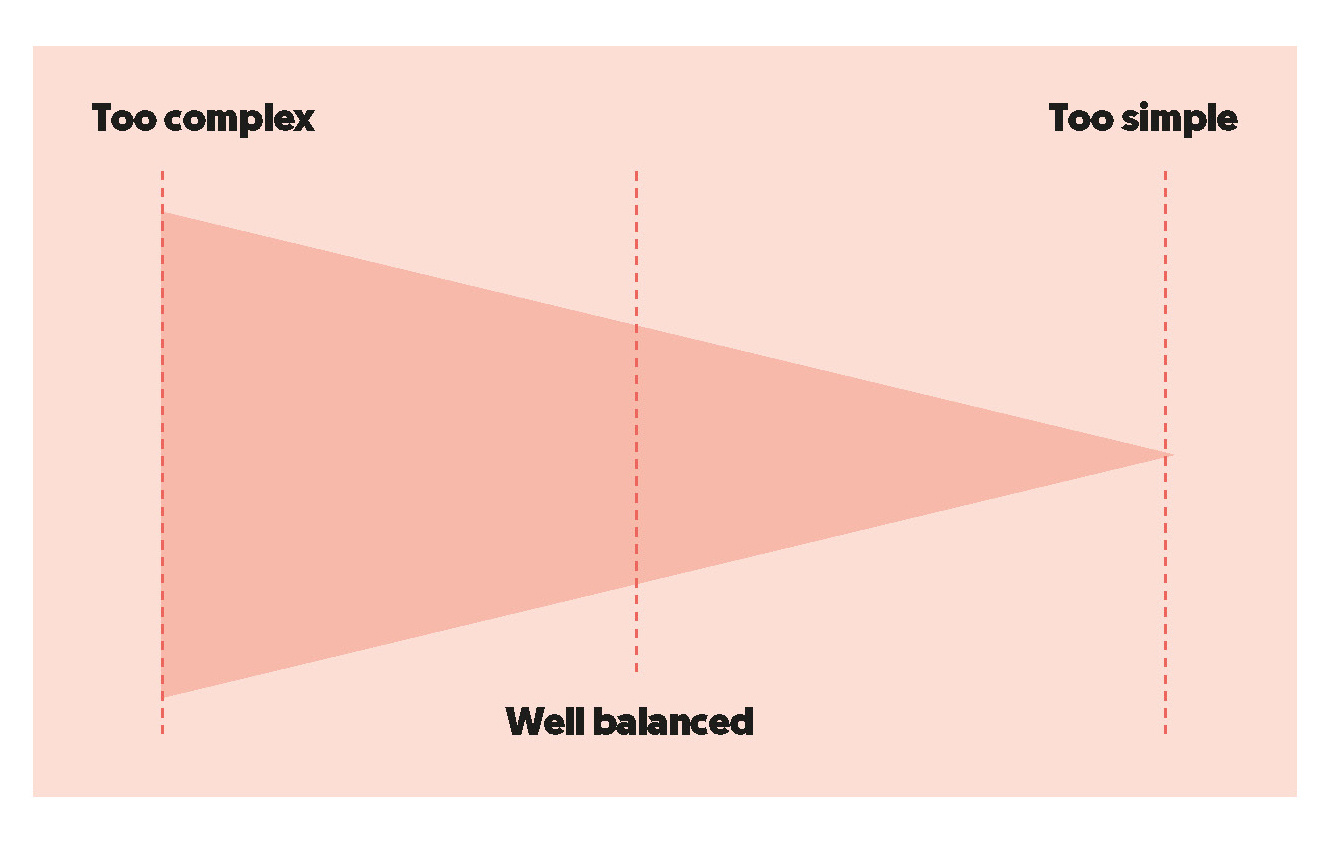 Making it too simple

Simple ideas often are the most dangerous; especially in the hands of charismatic people. These are the ideas that sound like they can solve a big problem instantly, but they often neglect all of the important details needed to really understand and tackle a problem. They can range from big ideas — like “Let’s build a wall between our countries to keep out criminals” or “Bring down a dictatorial government and democracy and peace will follow” — to smaller ones like “Let’s add Facebook login to this website and more people will comment.”

Let’s take the example I wrote about before: building a module that can turn any car into a self-driving car.

This sounds like it could be an awesome idea. It’s quite smart, as it won’t mean we need to build more cars; it’s much cheaper, so lots of people can go and get one; and ultimately it’ll make traffic safer. But what the idea doesn’t talk about is the complexity of the problem: the fact that there are so many different car systems; that car manufacturers are investing heavily in their own self-driving technology; and that there are different rules on self-driving in different countries.

The point is not to make the idea seem bad, but to show that oversimplifying the idea and leaving out the complexity makes people feel that you don’t understand it.

It happened to me once when I was sharing my thoughts about the future of news publishing to a client. In this meeting I referred to several interesting startups and what I liked about them. One of the editors immediately went into the offensive (Rambo-mode), making clear that these startups were fun experiments but they didn’t have the infrastructure and complexity needed to deliver news on a high level. In her mind I was making things too simple and as a result any idea I put forward wouldn’t be taken seriously. In hindsight, I should have started by explaining the complexity of the issue at hand.

Too simple means it won’t be taken seriously. It won’t land the way you want it to.

Making it too complex

The opposite side of simplicity is, of course, complexity. This route is one easily taken. When generating ideas we often fall in love with certain ideas and can’t get rid of them. When we see challenges ahead that can’t be fixed with our idea, instead of killing it, we start adding bits and pieces to fill in the gaps. In this way we give ourselves the feeling that we’ve actually had an idea that still solves the problem, when in reality we’ve created a feature monster.

I know, because I’ve been there. These are the ideas where one-size seems to fit-all. Kill it before it sees the light of day or somebody will support it! These are the monster projects that will suck away your budget, time, and joy. There is no such thing as one-size-fits-all. The best way to approach this is to look at the goal and take away everything that isn’t needed to reach this goal.

Focus. Focus. Focus. If that doesn’t work, the moment has come to kill your darlings. This is one of the most difficult things to do. You’ve grown attached to them. But trust me: you will meet many more darlings in your creative life.

When pitching, the best approach is not to immediately dive in and start explaining the idea’s every detail. First you have to make sure you have the audience’s attention. And if you do, he or she will give you all the time needed to fill in the gaps. Make it too simple and they will not take it seriously; make it too complex and they’ll think it’ll fail.