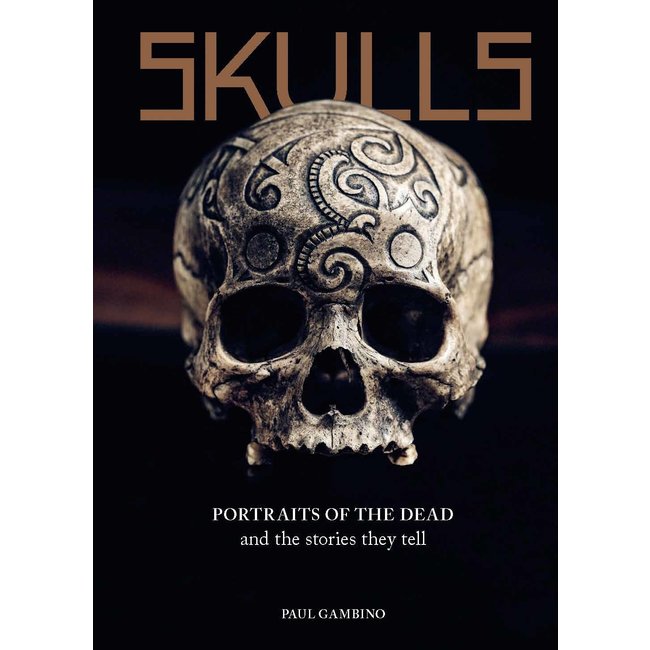 Portraits of the Dead and the Stories They Tell

Take an eerie journey through history as you meet over 180 human skulls and discover the stories behind them.

Out of stock
Save item for later

Take an eerie journey through history as you meet over 180 human skulls and discover the stories behind them.

It is said that the skull is the only human body part that is as powerful dead as it was when living. Skulls is made up of a series of short illustrated stories laced with fascinating facts, historical and medical references and compelling anecdotes. The testimonials of thirty-plus skull collectors reveal what is known of - or speculated about - the often gruesome history of the skulls, as well as how they were acquired and what makes them so highly prized.

Paul Gambino has been an avid collector of the macabre for over 20 years and owns an extensive collection of nineteenth-century memorial photographs. His two decades of collecting have gained him access to some of the world’s most elite collectors of the macabre.

Take an eerie journey through history as you meet over 180 human skulls and discover the stories beh..