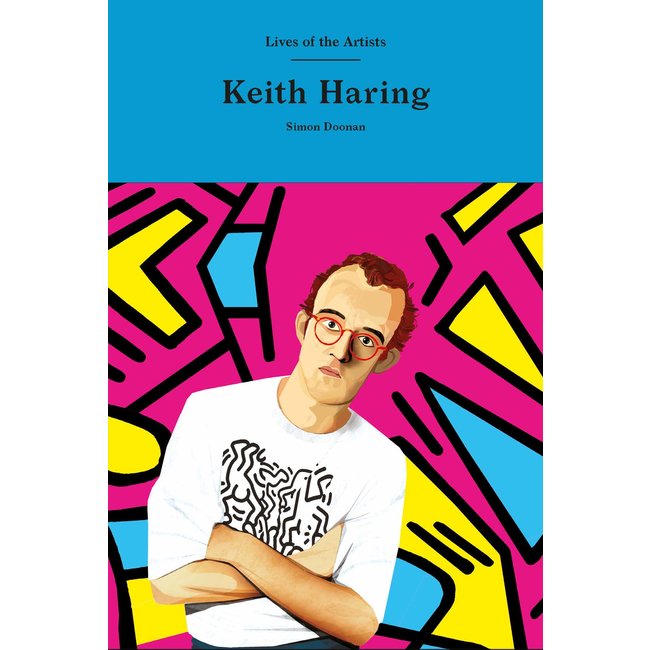 Keith Haring was a revolutionary artist, who transformed the art world during his short but impactful life. Brought to life by Simon Doonan, Creative Director for Barneys New York, this new pocket-sized biography tells his inspirational story

Keith Haring was a revolutionary artist, who transformed the art world during his short but impactful life. Brought to life by Simon Doonan, Creative Director for Barneys New York, this new pocket-sized biography tells his inspirational story.

Revolutionary and renegade, Keith Haring was an artist for the people, creating an instantly recognisable repertoire of symbols - barking dogs, space-ships, crawling babies, clambering faceless people - which became synonymous with the volatile culture of 1980s. Like a careening, preening pinball, Keith Haring playfully slammed into all aspects of this decade - hip-hop, new-wave, graffiti, funk, art, style, gay culture - and brought them together.

Haring's fanatical drive propelled him into the orbit of the most interesting people of his time: Jean Michel Basquiat envied him; Warhol, William Boroughs and Grace Jones collaborated with him. Madonna and he shared the same tastes in men. Famous at 25, dead from AIDS at 31, Keith Haring is remembered as a Pied Piper, an unpretentious communicator who appeared happiest when mentoring a gang of kids, arming them with brushes and attacking the nearest wall.

A series of brief biographies of the great artists, Lives of the Artists takes as its inspiration Giorgio Vasari's five-hundred-year-old masterwork, updating it with modern takes on the lives of key artists past and present. Focusing on the life of the artist rather than examining their work, each book also includes key images illustrating the artist's life. Hardbound, but pocket-sized, the books each sport a specially-commissioned portrait of their subject on the half-jacket.

Writer, fashionista and author Simon Doonan is the Creative Ambassador for Barneys New York. His books include Saturday Night Fever Pitch, Eccentric Glamour and Gay Men Don't Get Fat. Simon appears as a judge on the NBC television show, Making It, co-hosted by Amy Poehler and Nick Offerman.

Keith Haring was a revolutionary artist, who transformed the art world during his short but impactfu..