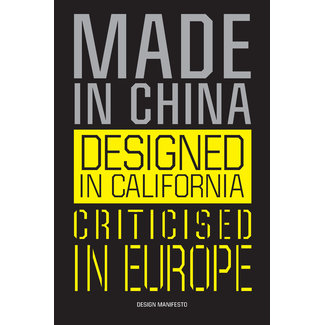 Made in China, Designed in California, Criticised in Europe

Mieke Gerritzen is founder of The Image Society in Amsterdam. She was director of MOTI, Museum of the Image in Breda. As designer in the early 90s, she was involved with digital media initiatives like Waag Society and VPRO Digital. She belongs to the Dutch new media pioneers. She published 10 books and organised conferences and events, like Me You And Everyone is a Curator in 2011. Geert Lovink is a media theorist, internet critic and author of Networks Without a Cause (2012) and Sad by Design (2019). Since 2004 he is researcher at the School for Communication and Media Design at the Amsterdam University of Applied Sciences (HvA), where he is the founding director of the Institute of Network Cultures.