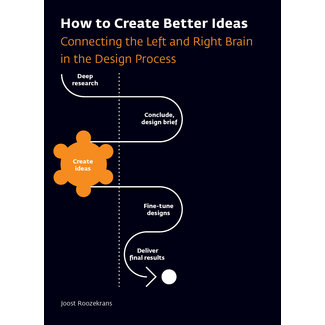 How to Create Better Ideas

Joost Roozekrans (1962) is a designer, creative director, and senior design lecturer based in The Hague, the Netherlands. He has worked as a design professional for thirty years in the Netherlands, the United Kingdom, and China. He was a senior designer both for The Guardian newspaper and for the international design agency, Studio Dumbar, for whom he became the creative team leader and ultimately the creative director for the Shanghai office. He is the co-founder of two design studios: NLXL (The Hague) and SparkyTiger (Shanghai). In addition to his work as a designer, he has also lectured on branding and identity design. Currently, he is an independent designer and continues to teach design and give workshops for professionals.